The San Antonio Museum of Art (SAMA) presents the exhibition Texas Women: A New History of Abstract Art, which breaks new ground in identifying contributions from women artists to the history of American abstraction. While Texas is well known for its representational and figurative art, during the mid-twentieth century a number of artists began to explore the possibilities of abstraction instead. Yet despite decades of artistic production, the contributions of women artists in Texas have not been fully examined. Texas Women, the first large-scale exhibition to focus on women abstract artists living and working in Texas, both expands the narrative of American abstraction and celebrates Texas as a vital art scene where women’s unique artistic visions continue to thrive. Organized and presented by SAMA, the exhibition will be on view through May 3, 2020. 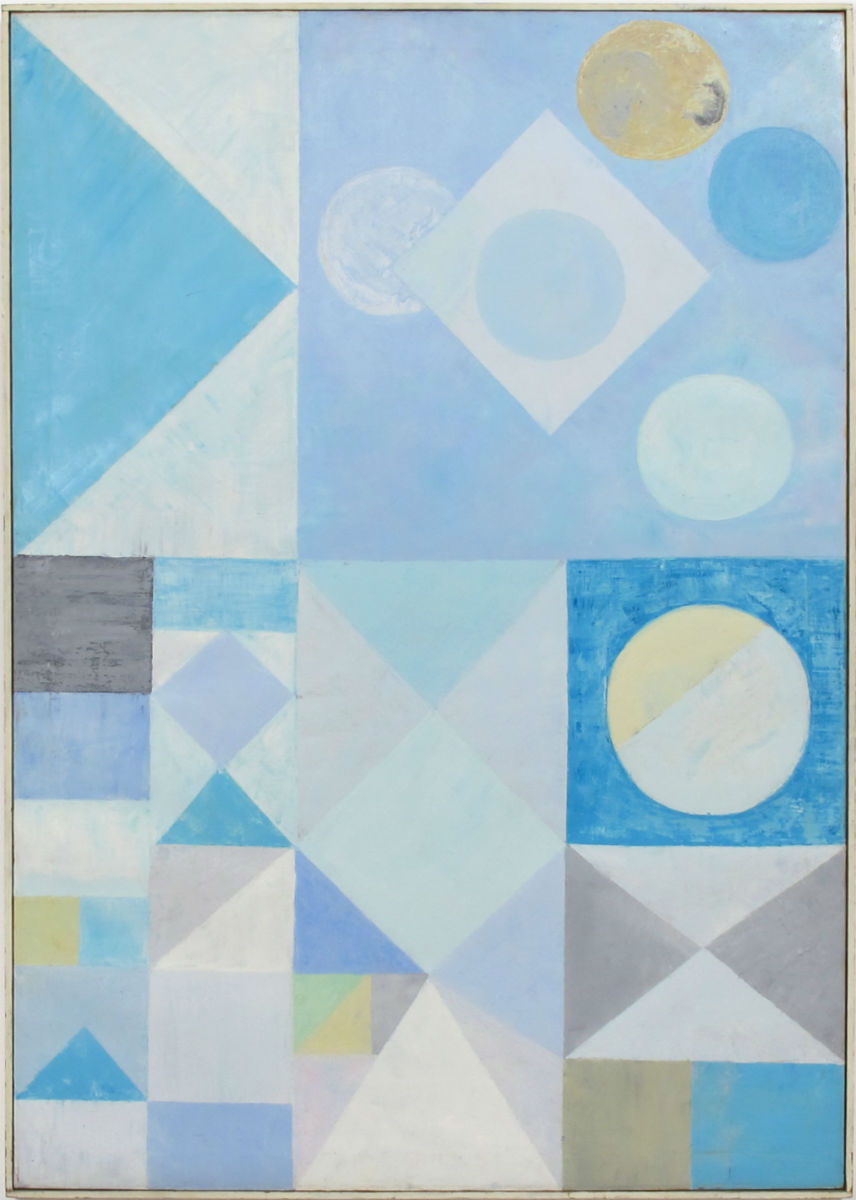 Texas Women brings together seventeen artists and ninety-five works in various media, including painting, sculpture, drawing, and installation. The work can be broadly categorized by the artist’s motivating ideas and processes—from the organic, gestural, and improvisational to the structural, systemic, and schematic. There are also connecting themes, such as the sensed or felt landscape; presence of the body; seriation and repetition; and the intersection of analog and digital worlds. “While the artists’ approaches differ and the number of years in which they have been creating art might vary—from over four decades to less than one—their works reflect an ongoing and rigorous commitment to their artistic vision; to pushing their ideas, materials, and processes; and to creating new experiences for their audiences that stimulate reflections about art and the times in which we are living,” said Suzanne Weaver, the Museum’s Brown Foundation Curator of Modern and Contemporary Art.

While some women artists produced abstract works in Texas in the early part of the twentieth century—such as Georgia O’Keeffe’s abstract watercolors of the Texas landscape, created when she taught art in the Panhandle between 1912 and 1918—many of their works were abstractions from nature. Horizons and natural forms in the landscape could be still be detected. “But in the mid-century, with artists such as Toni LaSelle and Dorothy Hood, there was a major shift,” said Lana Meador, Assistant Curator and co-curator of the exhibition. “LaSelle’s poetic explorations of light-filled forms and movement along a flat plane and Hood’s monumental, sweeping color fields that evoke the vastness of outer space or the psyche set the stage for subsequent generations of women artists in Texas to pursue the language of abstraction as a meaningful mode of art-making for our times.”

Dorothy Antoinette “Toni” LaSelle (1901–2002) and Dorothy Hood (1918–2000) are two of the earliest artists included in the show, and both are notable for the ways in which they brought a range of different educational and life experiences to bear on their work. Originally from Nebraska, LaSelle completed her MA at the University of Chicago and then moved to Texas in 1928 to teach at Texas State College for Women (now Texas Woman’s University) in Denton, where she taught for forty-four years. She studied and corresponded extensively with László Maholy-Nagy and Hans Hofmann, both of whom influenced her thinking and practice. Her works are known for her use of color and form to express a feeling or mood, whether with paint on canvas, as in Climate of the Heart #7 (1956), or through the oil pastels on paper that became her primary medium in the 1960s. 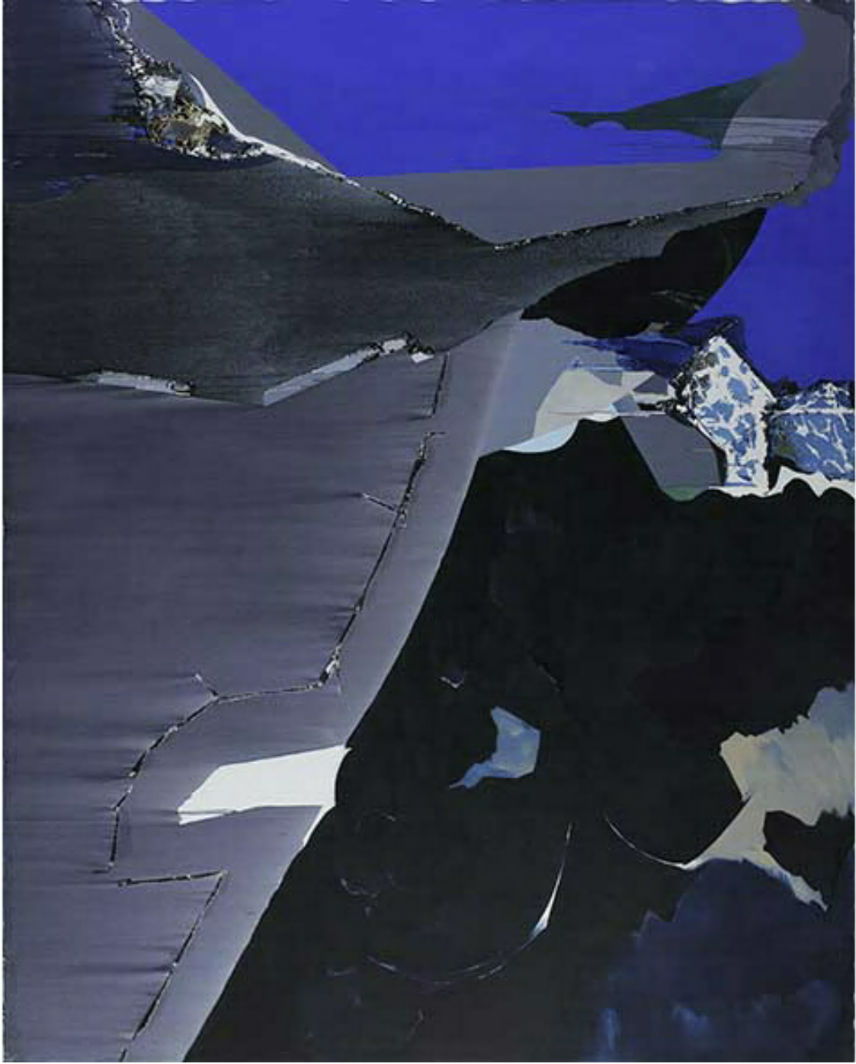 Houstonian Dorothy Hood’s trajectory reflected an equally wide range of influences. Educated in the 1930s at the Rhode Island School of Design and then at the Art Students League in New York, Hood relocated to Mexico in 1941 and remained there for nearly twenty years. During this time, she embraced artistic styles such as Magic Realism, Symbolism, and Surrealism, that would inform her practice in the coming decades. Returning to Houston in 1961, Hood’s style began to mature as she sought to mine the unconscious as a source of inspiration. The titles of her works often allude to myth or metaphor, while the compositions can suggest celestial formations or aerial landscapes. Hood’s large-scale painting Flying in Outer Space (1974) exemplifies this: the colliding planes of color in varying tones of gray, blue, and black, and the alternating and nebulous forms both pull the viewer in and also deny any real sense of depth.

Dana Frankfort, Terrell James, and Marcelyn McNeil approach painting in an organic, gestural, and improvisational way, at times evoking the natural world, a mood, or a place. Their works explore the possibilities of color and form drawing upon the legacy of Abstract Expressionist processes, such as the Color Field technique of pouring paint, and approaches to composition, such as an allover or equal spatial treatment of the canvas. James—who studied with Hood—creates evocations of the landscape that are internal responses to light, space, and sky, all of which are important parts of the Texas landscape. Her painting The Game (2015) brings these components together in overlapping blocks of deep colors and shades of green and blue, underscored by gray.

Pat Colville, Lorraine Tady, and Liz Ward incorporate structures, diagrams, and maps in their atmospheric paintings that reflect their experiences of a particular place and time. Colville has embraced the aesthetics of Chinese and Japanese landscapes and applied her own studies in landscape architecture to create imaginary, illusionary spaces. Tady has developed a system of combining invented diagrams and plans of existing places, which are manipulated through a computer, to “distill the essences” of her experiences of a wide-range of landscapes, from the banal (Heathrow Airport) to the spiritual (Native Indian mounds of Ohio). In her watery Chinese-scroll-like Ghosts of the Old Mississippi series (2013–2019), Ward adds collaged representational elements that reflect on the impact of socio-economic and environmental systems on the path of that river.

Incorporating grids, seriation, and repetition, the work of Linnea Glatt, Susie Rosmarin, and Margo Sawyer invokes the presence of the body without depicting it; perceptual and psychological effects of color; and meditative passages of time. Recalling Post-Minimalist approaches to abstraction that emerged during the 1960s and ’70s, these artists employ materials and process to engage with their own lived experience and that of the viewer. 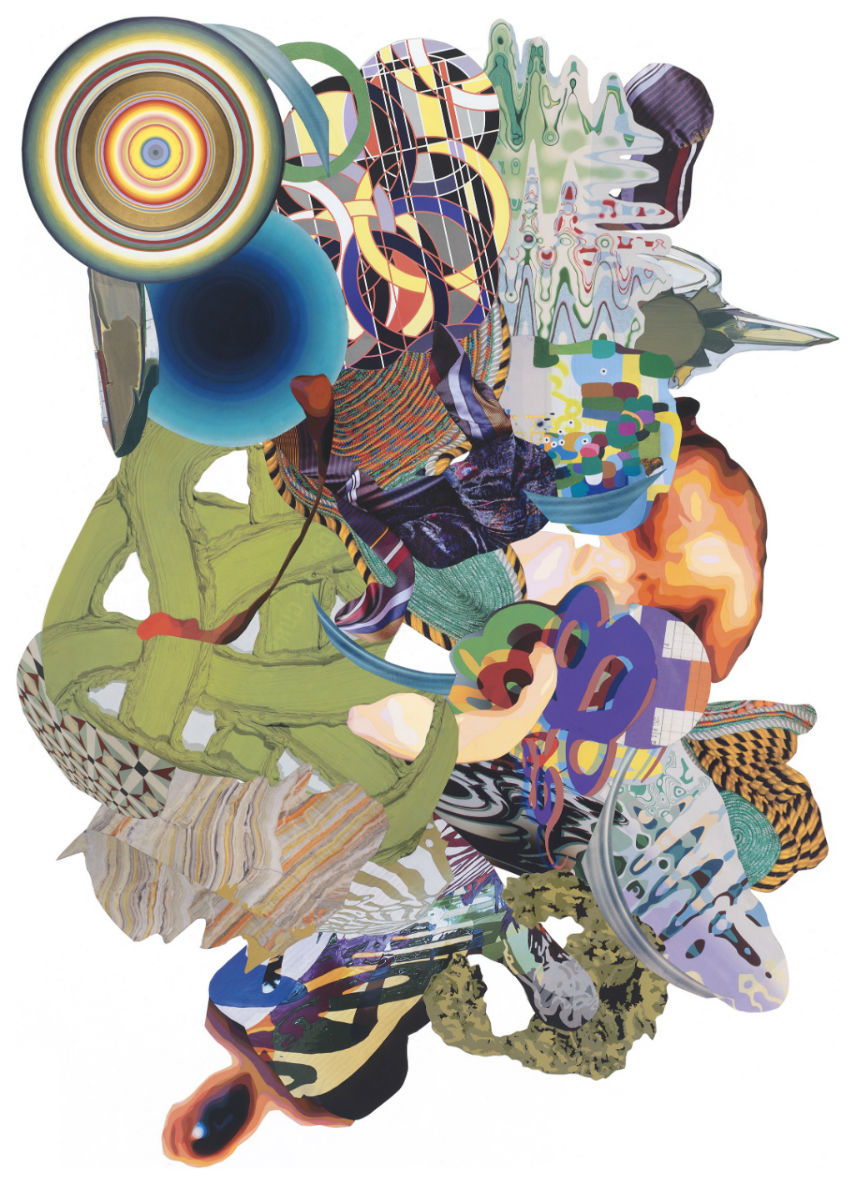 Other artists, such as Liz Trosper and Sara Cardona, have energized their practice with photographic processes and technology. Through innovative approaches to collage, they examine the relationship between analog and digital or the handmade and mechanical, and between human-altered landscapes and meditated visual culture. Cardona, who began by making more traditional hand-cut collages of found images, has begun turning these works into printed digital images, playing further with the sense of depth and material in collage, as seen in the large-format piece Circular Thinking (2019) on aluminum dibond. Trosper’s series of “scanner paintings,” such as toothy zip (neon:ochre) (2019), also uses found items. Creating a collage on a digital scanner, Trosper shifts the items during scanning, blurring the rendering while at the same time creating a new and complete digital image. These are then printed onto canvas, creating new paintings that evoke gestural abstraction but rely on the synthetic reality of the screen.

Texas Women: A New History of Abstract Art will be accompanied by an illustrated catalogue that includes essays from the curators Suzanne Weaver and Lana Meador.

Admission to the Museum, which includes the exhibition, is $20 for adults, $17 for seniors, $12 for students and military with ID, and $10 for youths (13–18). Children 12 and under are always free. Please note that during our Bexar County free general admission hours (Tuesdays from 4–9 p.m. and Sundays from 10 a.m.–12 p.m.), there is a $5 surcharge to see the exhibition.

About the San Antonio Museum of Art:
The San Antonio Museum of Art serves as a forum to explore and connect with art that spans the world’s geographies, artistic periods, genres, and cultures. Its collection contains nearly 30,000 works representing 5,000 years of history. Housed in the historic Lone Star Brewery on the Museum Reach of San Antonio’s River Walk, the San Antonio Museum of Art is committed to promoting the rich cultural heritage and life of the city. The Museum hosts hundreds of events and public programs each year, including concerts, performances, tours, lectures, symposia, and interactive experiences. As an active civic leader, the Museum is dedicated to enriching the cultural life of the city and the region, and to supporting its creative community.