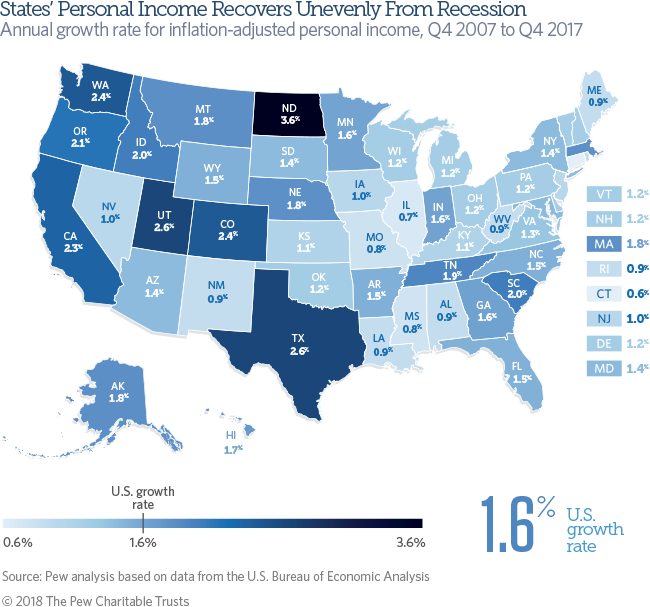 Trends in personal income from the recession’s onset in 2007 through the fourth quarter of 2017: 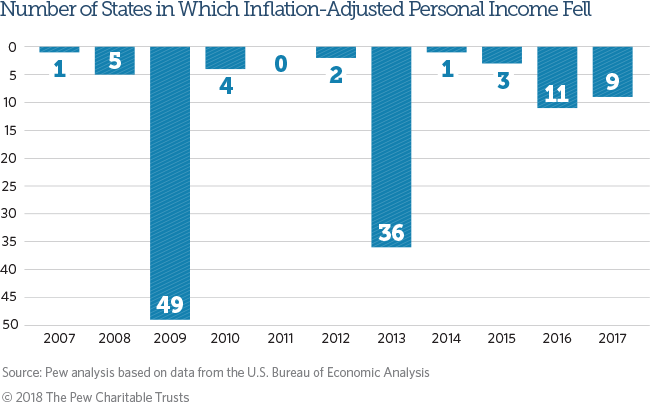 Trends in personal income for calendar years beginning in 2007:

Personal income has fluctuated since the recession, which lasted from December 2007 to June 2009. Growth in each calendar year shows the variation that occurred from 2007 to 2017. (See the “Year by year” tab for annual results in each state between calendar years 2007 and 2017.) By contrast, constant annual rates show the steady pace that income would have to rise each year to reach its latest level. 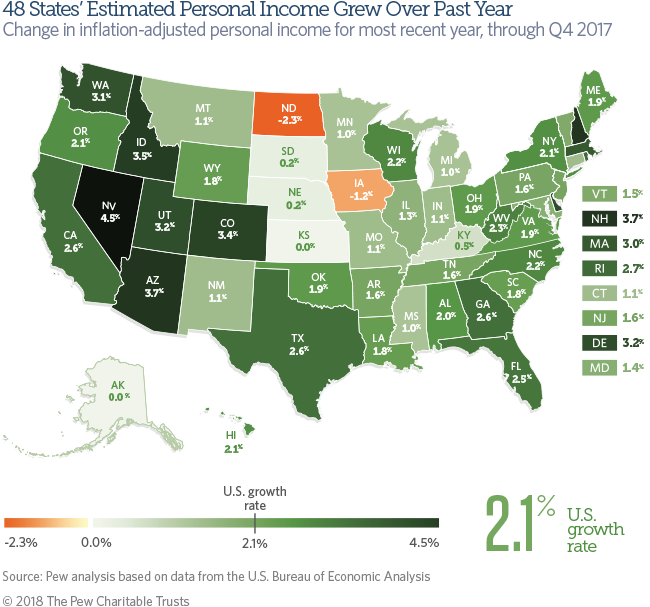 Trends in personal income for the fourth quarter of 2017, compared with a year earlier:

What is personal income?

Personal income sums up residents’ paychecks, Social Security benefits, employers’ contributions to retirement plans and health insurance, income from rent and other property, and benefits from public assistance programs such as Medicare and Medicaid, among other items. Personal income excludes capital gains.

Federal officials use state personal income to determine how to allocate support to states for certain programs, including funds for Medicaid. State governments use personal income statistics to project tax revenue for budget planning, set spending limits, and estimate the need for public services.

Looking at personal income per capita or state gross domestic product, which measures the value of all goods and services produced within a state, can yield different insights on state economies. So can looking at household data, which are based on a different measure of income.

Download the data to see state-by-state growth rates for personal income from 2007 through the fourth quarter of 2017. Visit Pew’s interactive resource Fiscal 50: State Trends and Analysis to sort and analyze data for other indicators of state fiscal health.